Home » About Mindbugs » What is implicit bias?

When we started looking for answering the question “What is unconscious bias?” we ended up at Mahzarin Banaji. Mahzarin is a professor of Social Ethics at Harvard and has been researching unconscious prejudices for years. She calls those unconscious bias “Mindbugs”.

Our brain has bugs, just like software, which sometimes does not do exactly what you actually want. Your brain has them, my brain, that of your neighbor and that of people on the other side of the world: we all have Mindbugs. However, we all also think that it will be okay for ourselves. Unfortunately, it is not. That is not intentional or 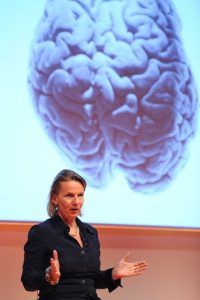 unwillingness. It is our brain that makes connections without being asked. We were born to have unconscious biases.

“Nurses always whine like that.” “Contractors cannot be trusted.” “You can’t talk to those from the helpdesk.” We put people in boxes and then we find something of the whole group. Even when we don’t know someone, we engage in a conversation with that assumption about the person that makes us interpret everything they say that way.

How do you know that you too have unconscious prejudices (Mindbugs)?

Test yourself: read the statements below.

If as you read these statements you thought: “That’s not a Mindbug, is it? That’s just really true! “Then you can assume Mindbugs are involved.

The statements may be true for an individual but not for the whole group . As soon as your brain makes the connection between external characteristics (a tall man with a deep voice) and what he / she “thus” will be (a born leader), your Mindbugs are at work. And again: we all have them.

Realizing that Mindbugs are just human can change the way we think and speak about them, says Mahzarin Banaji. We can talk about it, not from a deep sense of guilt, but from a sense of connection with other people . And from a shared responsibility to do something about it .

A few examples of unconscious biases you may have are:

It all starts with recognizing and acknowledging our unconscious biases.
Do you also want to know whether you and your colleagues are “bothered” by Mindbugs?