Home » About Mindbugs » Why do we need diversity?

Why diversity? Is it good to put together different teams? And what makes it take so long to true diversity – that it takes so much effort?

Perhaps the cause for the lack of promotion of women lies in a different kind of leadership: do women perhaps have different leadership qualities? Qualities that are less valued or for which there is less need?

Diversity is more than just man / woman . In the Netherlands, organizations have been doing their best for more diversity for over ten years. In many cases with insufficient results. The focus is now mainly on male / female relationships in leadership positions. We also look broader; also by age, skin color and name in leadership positions.

An example: If there is a woman, a Moroccan and a man aged between 30 and 40 in a selection process, the man often already has a slight preference without having spoken a word at all. This prevents diversity and a robust dialogue.

A diverse team with different backgrounds, ideas and experiences have more alternatives for a solution and ultimately come to a better solution, which helps an organization to perform better. It is crucial that a diverse team are in dialogue with each other. Then you get the different opinions side by side and you can discuss what is more and less important. That leads to better decisions. Why diversity is of great importance to the organization is answered.

View this example at Philips Lighting:

However, there is a reason for the focus on the male / female ratio: measurability.

In 2012, Jack Zenger and Joseph Folkman published an interesting article in the Harvard Business Review: Are Women Better Leaders Than Men? Zenger and Folkman examined more than sixteen thousand 360-degree evaluations of managers by their peers, supervisors and employees. were assessed.

Women were found to be rated better than men in these evaluations at every management level, from team leadership to executive management. Also striking: the higher the level in the organization, the greater the difference between men and women. At the top, the women really made the difference. The total scores show that women score higher than men on 12 points. Zenger and Folkman did much of their research abroad.

Does this also apply to the Netherlands? Would female managers in the Netherlands really do better? To answer that question, Direction in the Netherlands conducted a similar survey among more than 5100 managers. This research is based on a foundation laid by McKinsey & Company in 2009. Their 2010 “Woman Matter” study identified nine leadership qualities that have been shown to contribute to better performance of current organizations.

“Everyone should know the mind bugs of their organization, because this is the key to making the organization truly and permanently better!”
Tamara Breevoort, ASR

These are the nine leadership qualities: 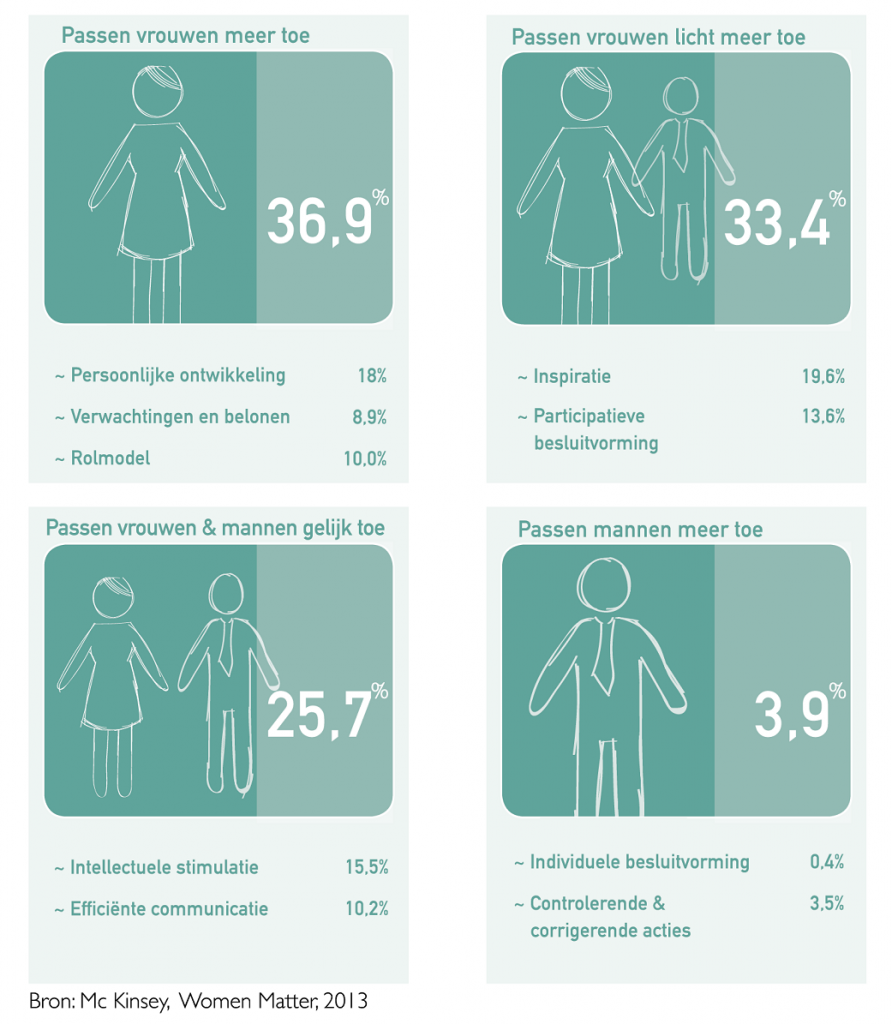 According to McKinsey & Company, participatory decision-making, intellectual stimulation and inspiration are the three most selected leadership styles.

The conclusion we can draw from McKinsey & Company’s is that women, more often than men, are prone to adopting leadership styles that can face the challenges of the future. 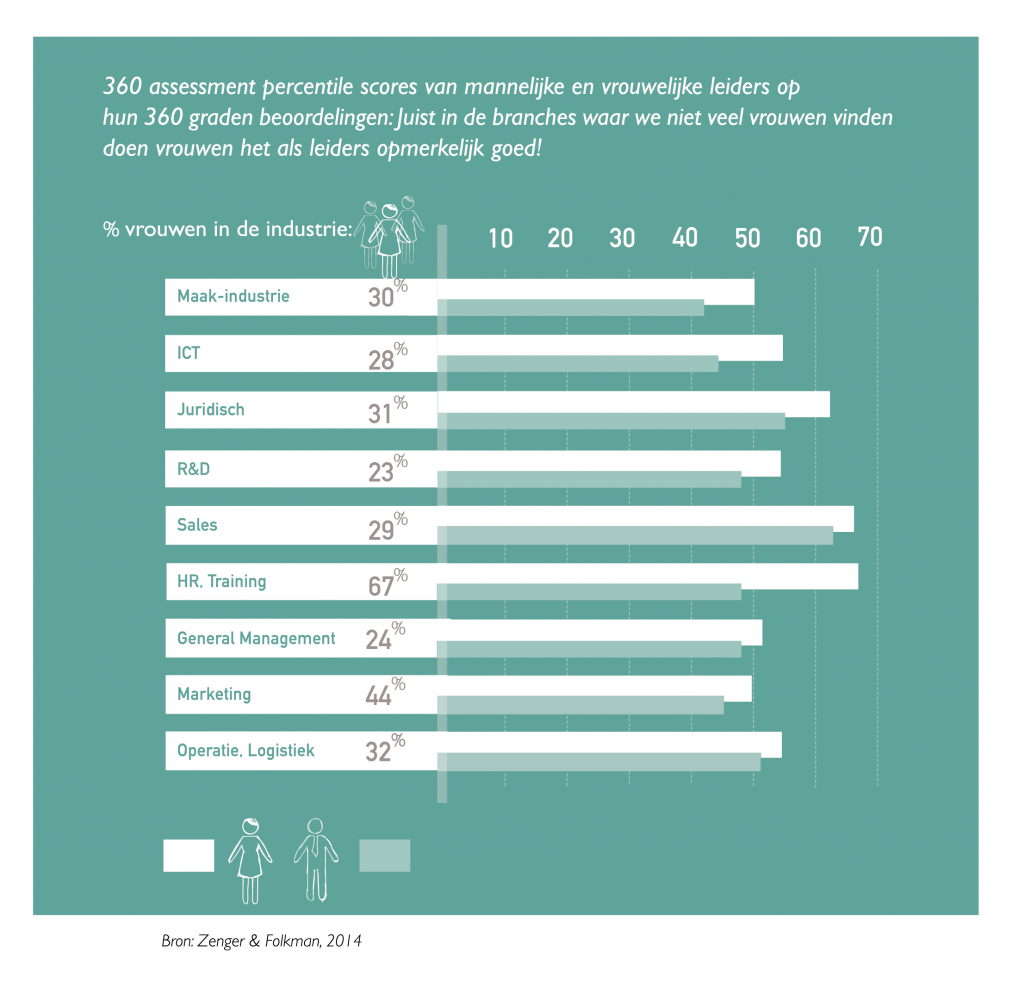