We think differently than we think

Since my early years, many new Dutch people have joined, also from abroad. The Netherlands seems more diverse, but is it?

Populist parties score by sowing fear and shouting the short fuses through social media. Following the news, the words chaos, turmoil and confusion arise. It is clear that something is going on and that something is therefore needed. I consult with my fellow year old Esther Mollema, general director and founder of Direction, HPO Center and the Professional Boards Forum Netherlands. She has been giving training, lectures and master classes on the themes of female leadership and diversity for years and she guides many organizations with their diversity trajectories. Esther has thoroughly studied this matter and is happy to talk about it. 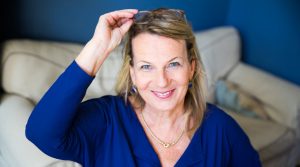 “Our brain is constantly fighting & fleeing. We think that we form an picture of the facts and an opinion in peace, but we very often do not. Certainly not when it comes to matters related to fear and insecurity. We then take decisions based on the risk estimates that our brain makes in a millisecond: especially on automatic pilot. In an increasingly mixed society like ours, we regularly have to deal with people with a skin color other than white.

Many white Dutch people think they are color blind and that skin color does not influence their judgments and actions, but scientists show that dark skin often unconsciously evokes negative associations. The starting point in our thinking is therefore still predominantly white. The world has become too complex to think purely Dutch and to place everything according to “our” standards. Our country, what exactly is that? It was not that long ago that the Netherlands extended into distant colonies. Was that “our country” too? The social system operates according to the standards of a white, Christian male-dominated society. “Well, our society is of course no longer white and extremely Christian. And women also occupy a different place than a century ago. Esther refers to the Implicit Association Test (AIT) where the Dutch score high on having implicit bias.

‘They are less conscious about their implicit bias and unintended discrimination.

For the record: to discriminate in the neutral sense of the word means “to differentiate”, more often used in the sense of “subordinate”. Esther explains that we think that we do not discriminating but that in reality we do it all the time. “It is not about what we mean to do but what the other experiences based on what we do and say. Asylum seekers actually ended up in a pretty bad country because we are not as hospitable and open minded as we say we are. We quickly highlight the differences.

When you say “gosh, your Dutch is good” to someone who doesn’t look very Dutch, you probably mean that well. But you do not realize that this emphasizes the distinction between yourself and the other. An other person -who may even been born and raised in the Netherlands-, but who, according to your words, does not (yet) really belong in your view. “I understand, that is not an example of inclusive action. And interestingly: apparently in that split second the Dutch make different assessments and therefore different choices than people from neighboring countries?

Esther: “We see more inclusivity in our neighboring countries. People with a different cultural background – such as Turkish people in Germany – speak the language of the country better and have a higher employment rate. That leads to more inclusivity and connection with each other. ”

Dutch or not, we all suffer from implicit bias. Mahzarin Manaji, professor of Social Ethics at Harvard calls this Mindbugs. “While it is widely recognized and scientifically proven that diversity leads to better decisions and organizational growth, realization is still lagging behind. Saboteurs are our Mindbugs: unconscious beliefs and prejudices. “Yes, I recognize that:” men are better leaders “” when you talk in such a dialect you cannot be intelligent “,” women are better caretakers than men “. There are plenty of examples, we put groups of people in boxes. We do this not only towards new Dutch people but also towards others. So mind bugs are very human; nice, then we can just talk about it. We read in newspapers how people with a

migration background are treated unfairly. Because “how can such a young black man drive such an expensive car?” “Immigrants” who dare to say something about “our” Black Pete are verbally reprimanded in extremely coarse language. Institutional racism? Esther nods. “You could say that our historical awareness is rather poor. We have had four hundred years of imperialism, but seventeen minutes of education are devoted to this subject throughout our entire school years. We have no insight into what it brought us and what it cost. And who paid that price. “Seventeen minutes? I honestly wonder if I’ll make it. “The Dutch have their opinion ready quickly, but we do a little more questions and think less easily and less often. Take smart women and their future. We are interested in asking what they want to study and what they dream of, but we don’t talk further. It would not be surprising to pay attention to everything that comes with it during education. How will the next generation shape this? If you let them discover when they are in the middle of it, you are failing them. It requires self-reflection. Knowing where you come from, where your statements and thoughts come from. ”

In politics, gains are made by parties based on fear. “Mistrust takes the least energy; trust takes brain effort. You also see that in companies. Why do people not participate in a reorganization? Lack of trust. Let’s do our best. After all, excluding the other leads to chaos and an increased feeling of insecurity and fear. Fortunately, according to Esther, we can help our brain quite easily by means of eight action points (see box). Eight simple things we can all do. Also in the Club. Esther: “Yes, there is chaos in the world but fortunately we know more about the brain today, so we know how to do something about it. We can look for it in the micro moments to make a difference, every day. ”