A workshop on business flirting and the strongest woman in the Netherlands pulling a truck on the family day: these are just a few examples of how construction company Heijmans puts diversity and female leadership on the map within its organization. Mindbug workshops for senior management and HR were part of the diversity policy.

“I attended all eight sessions, each time it was a small party,” says Alma Krug, program manager diversity at Heijmans. “You can see very well in that training that people think in traditional patterns. For example, the test showed that I myself also have a slight preference for male leadership and that I also have prejudices about women who would not be able to drive a car. ” “With a woman at the conference table in the site shed, people talk differently,” says Alma. “Our company has a technical background, so it mainly employs men. But we think we function better when there are various types of people working within our organization. “ 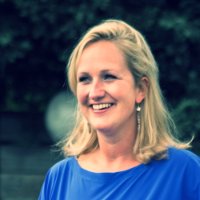 At first, Alma often encountered resistance. “Some men felt a bit attacked. They did not consider it necessary to put this theme on the map separately because they said it should not matter whether someone is a man or a woman. Our tactic was not to be on the defensive, because diversity can quickly become a nagging topic. We try to approach that awareness in a creative and enthusiastic way. ” Just swallow Part of the diversity policy were the mind bug workshops for senior management and HR that Esther Mollema led. Sometimes Alma had to swallow what she heard from her colleagues. “There were quite a few people who thought that if you don’t wear a tie, you are not a real supervisor and that if you are not in the office, you are not working. Another striking mindbug was that if you want to reach the top, you must have worked your feet in the mud on a construction site. “Now, three years later, the word mindbugs has become commonplace within Heijmans. “It sometimes falls into conversations and people immediately know what you are talking about.”

Diversity and the Pink Helmet

A lot has changed in the three years that diversity has been on the map at Heijmans. “We have really experienced a culture change. New top women have been hired, types who are clearly different from the rest of the top management. But they are completely accepted and appreciated. ”

In addition to the training courses, Alma and her colleagues ensured that the theme in corporate communication was raised regularly. The mindbugs training courses were mentioned on the intranet and on the cover of the company magazine the theme “Making a difference” had a pink canteen. Various pink helmets are also circulating within the company, which are very popular.

During a meeting of the women’s network La Heijmans, a workshop on business flirting was organized, also for men, and during the family day the strongest woman in the Netherlands pulled a truck, “says Alma. “Diversity remains a topic that generates resistance, but you have to do it in such a way that it suits your company.”

Would you like more information about diversity and Mindbugs? Please contact Robert Smit, telephone number 06 – 54253643 or make an appointment with  Esther Mollema.