Home » Cases » More diversity? Be aware of your mindbugs!

More diversity? Be aware of your mindbugs!

Men are better leaders. Someone who does not speak perfect Dutch is not an expert. People over 55 are extinct and inflexible.
Even though you may not think so, we all make assumptions, often unconsciously. And so without even thinking about it. These mindbugs, as they are called in science, have a major impact on diversity in the workplace, says researcher Esther Mollema.

Equality for all is a great asset in our country. In our view, men and women are equally capable of holding a managerial position. And almost all of us are in favor of more diversity in the workplace. Yet we do not yet know how to turn words into action. How did that happen? In her book “Success in multiplicity” Esther Mollema tries to answer that question.

Equality is the vitally important 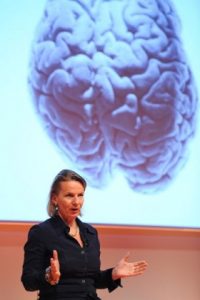 With her company Direction, Esther interviewed more than eleven thousand managers on the subject of diversity. In her view, the crux is precisely in the equality that we consider here as a fundamental right. “Because many managers do not easily accept the obligation of a diversity policy. If they have to hire other people to achieve more diversity, they see it as a step backwards. They just want the “best” candidate. ”

Is it really the best?

But how do you choose “the best” candidate? And is the best really the best? That is still the question, says Esther. “A lot of decisions, maybe 90 percent, we make unconsciously. Our brain makes a selection for us. That’s great, because one day you get so many stimuli and information that it would otherwise be very difficult to deal with. But there is also a downside: we don’t see the world as it really is and what actually happens, but only an interpretation of it. We depend on what our brain makes of it. ”

These interpretations of our brain also involve unconscious biases that can influence your behavior in a nanosecond. These prejudices, labeled by Mahzarin Banaji, as professor of Social Ethics at Harvard, as “mindbugs” – often underlie a certain line of thought. Esther: “An example of a mind bug is that women with headscarves are less suitable as leaders. People who have this mind bug probably think that these women are forced by their spouse or parents to wear a headscarf and are therefore submissive. ”

What can we do with this knowledge? “You can’t help it that you have mind bugs. But how you act on it; you can influence that, “says Esther. “It is important to discuss mind bugs openly and honestly in a team and involve multiple people in assessments. With this you make mind bugs transparent to each other and you learn to recognize them. That can ultimately contribute to a more diverse workforce. And that is all the more important for an organization like DNB that strives for High Performance (HPO), says Esther. “The more diverse a team, the more chance that you can make each other a little better every day through your different backgrounds, visions and experiences.”

One easy to recognize, the other perhaps less: which mindbugs do you have? And where do they come from? Esther discusses three examples:

For more information about Esther Mollema or the possibilities of a Mindbugs program, please contact Robert Smit ( smit@dir.nl ).

Read the DNB interview ‘More Diversity? Be ware of your mindbugs!’ in PDF..